Ionian Islands yacht charters are perfect for those who dream of a laid-back and very authentic sailing experience in Greece, one that’s also filled with stunning landscapes, awesome gastronomy, great shopping and spectacular outdoor adventures. The Ionians may not be the classic Greek Island destination many consider on their Mediterranean charter jaunts but if you’ll just stay with us just a while, you’ll soon realize that idyllic Greek charters don’t come any better than this.

Seven major and many minor islands make up the Ionian archipelago, which stretches from the Albanian border in the north, all the way south to the Peloponnese. Renowned for their fascinating history and outstanding natural beauty, the Ionians are particularly revered in Greece for their unparalleled cultural importance. Here, you’ll find some of the most significant ancient ruins in the entire country and a nearly endless array of remote and uncrowded coves and beaches.

If you’re after a relaxing yet comprehensive yacht charter experience in Greece, the Ionians will fit the bill. Enjoy the finer things in life in world-class restaurants, marinas and boutiques, explore traditional villages seemingly unaffected by the passing of time, hike to your heart’s content amidst pristine forests and high mountains and spend entire afternoons frolicking in the kind of turquoise seas that attract monk seals and turtles.

An Ionian Island yacht charter can be all of this…and so much more. 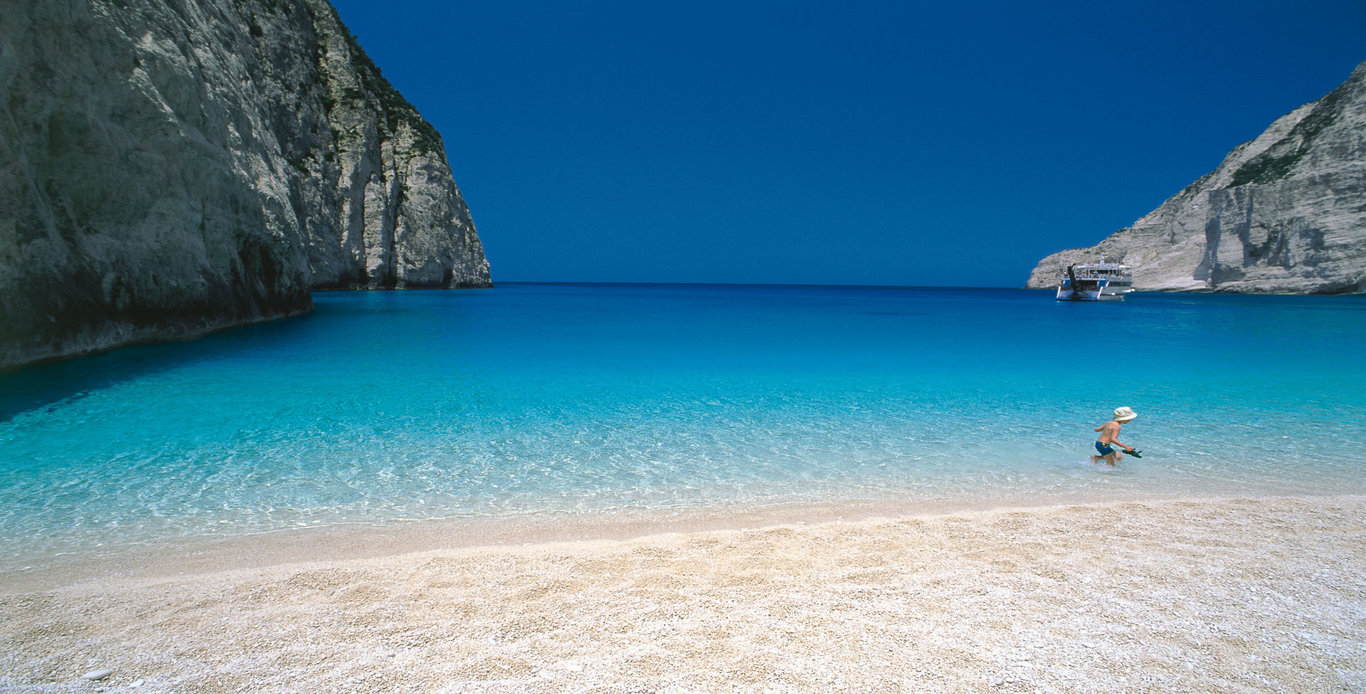 The luscious green of the forests, blinding white of the beaches and sapphire of the seas around the Ionians make for a visual spectacle that is unmatched, perhaps anywhere in the Mediterranean. Outdoor activities abound both on land and at sea, and a multitude of wonderfully preserved ancient towns satisfy the cravings of architecture, history and culture vultures. The seafood here is incredible and the centuries-old influence of Venetian, French and even British colonial rule means that everything, from the cuisine to the most traditional of customs, is an exotic fusion of many cultures. It’s this fascinating mix of unique attractions, including absolutely resplendent nature, that make the Ionian Islands perfect for discerning yacht charter guests.

Greece’s most luscious island and the most famous of the Ionian lot, Corfu is an absolute highlight of its own accord. Although it is by far the most visited island of the region, it is also large enough to offer plenty of off-beat adventures. The highlight here is the exquisite Old Town center, framed at either end by spectacular Venetian fortresses. With over 120 miles of dramatic coastline and more than 90 distinct beaches (many of which are only accessible by sea), Corfu remains an absolute dream destination for Ionian Island yacht charter guests.

Avid hikers will have a field day (or three) exploring Kefalonia’s verdant interior on foot, the hinterland shrouded in pristine forests and amazing ancient ruins. Among the most distinctive highlights are several sunken lakes and caves, littered with fantastical stalagmites and stalactite formations. The island attracts nesting loggerhead turtles and its high concentration of biodiversity makes it inarguably one of the most jaw-dropping islands in Greece – and the best diving and snorkeling destination on Ionian Island yacht charters. 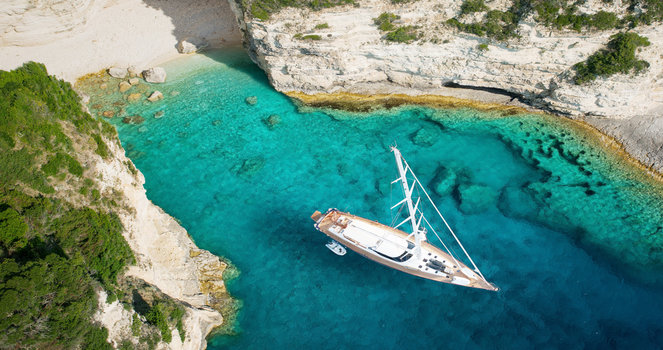 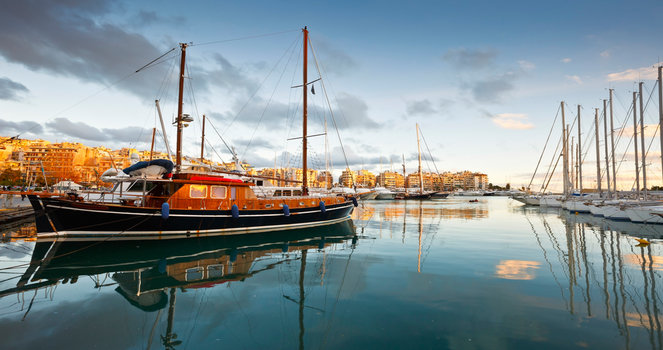 Zakynthos could easily be described as the ‘great Ionian all-rounder’, that one island that boasts a little of everything that makes the archipelago so extraordinary. High granite coastal cliffs define the western coast whilst, in the north, you’ll find a necklace of dramatic caves and overhanging arches. Drop-dead-gorgeous sandy beaches line the eastern coast and, on the interior, you’ll discover a multitude of hiking trails, hidden monasteries and ridiculously charming mountain villages. Zakynthos is esteemed in the Ionians for its adherence to ancient singing traditions. Catching a live music show in a local taverna is an absolute must whilst here.

Said to boast some of the most magnificent beaches in all of Greece, Lefkada is a mecca for kite and windsurfers who head to the southern coastline to soak up the delights of the year-round winds. On the calmer western coast is where you’ll find the quietest and most sublime sheltered coves, perfect for relaxing swims and thrilling rides on your private yacht’s water toys.

The revered home of Homer and a place inextricably linked with Greek mythology, Ithaka is the epitome historical destination and also happens to be an absolute stunner. The distinctive lack of classic sandy beaches has had the enviable benefit of keeping mass tourism at bay, making this one of the wildest and most enchanting islands in the Ionians. Don’t miss the Folklore and Maritime Museum in Vathy. It makes for a wonderful introduction into the island’s unrivalled importance.

One of two islands that make up Paxi – the other being Paxos – Antipaxos offers some of the most unforgettable anchorages in the Ionian Islands, making it an ideal ‘last stop’ on Ionian Islands yacht charters. Amazingly, the villages of small and remote Antipaxos are set within the luscious hills of its interior, leaving the coastline sublimely pristine. 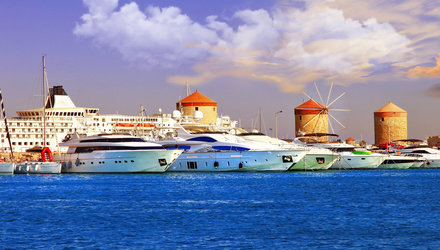 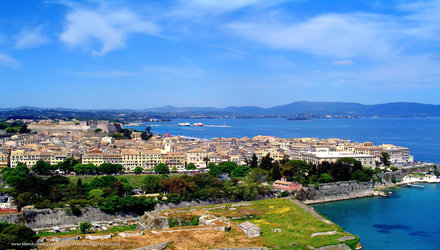 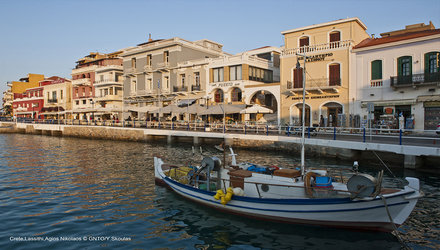 Greece offers so many itinerary choices, and each island has its own enchanting rhythm… like a siren’s song beckoning you ashore and instantly stealing your heart. The allure of Greece has not paled with tourism, and you can discover it “your own way” on a private yacht charter. Ask our Charter Experts which route is best for you.